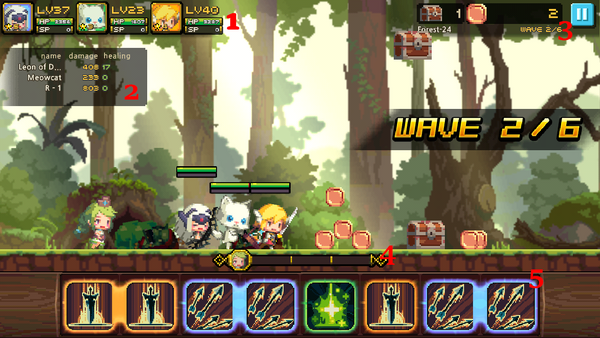 All heroes on the team will automatically carry out basic attacks in battle. This attack does not grant any SP, and does not add to the goddess skill gauge.

The use blocks will also give the corresponding hero SP. This will only occur if the hero is at least 3 star and has a special skill. Every block will grant 20 SP. Therefore, you need to use 5 blocks to get 100 SP. When the SP gauge reaches 100, a special skill block will be spawned.

The calculation for the damage taken is done with the following formula: $ Received Damage = Raw Damage * {287/(287+Armor)} $

Retrieved from "https://crusadersquest.fandom.com/wiki/Battle_System?oldid=14576"
Community content is available under CC-BY-SA unless otherwise noted.